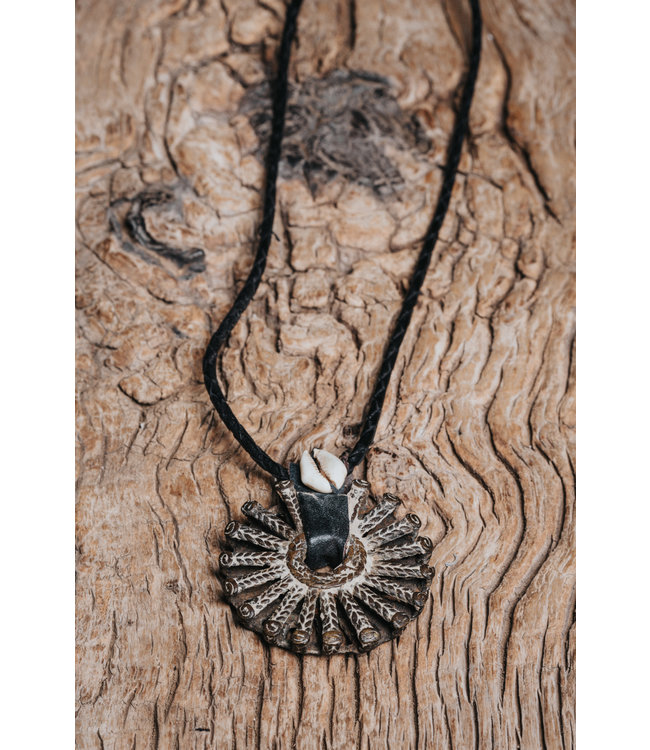 This talisman is a testimony to the skill of the Dogon craftsmen who create such fascinating works of Dogon art. He is molded in bronze by ‘the lost wax method'. Read the story..

Material:
Leather & bronze
Origin:
Mali
Dimension:
L 36 cm
Designer:
Dogon tribe
Color:
Black & white cowrie shell
2-8 days depending on region - because of the busy activities it can take longer. We do everything we can to ship your package as soon as possible.

The Dogon are an ethnic group living in the central plateau region of Mali.

The Dogon have a very elaborate and ancient mythology. There is also the mythological story of a hunter who shot nine out of ten suns with his arrows. The tenth sun had hidden and the world was shrouded in darkness. Through frequent prayers of the high priests (Hogon) the sun appeared again. To commemorate this, an ornament was designed which is still worn by the Dogon: the Dogon sun.