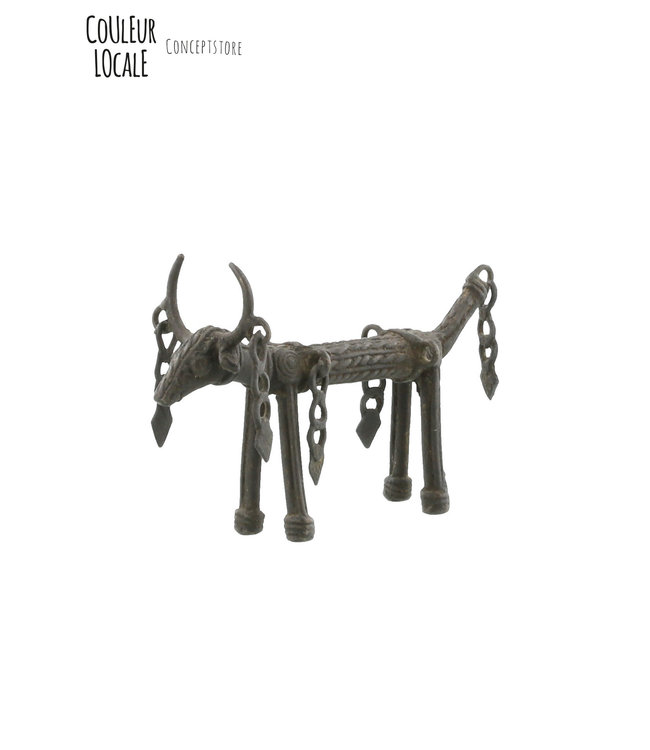 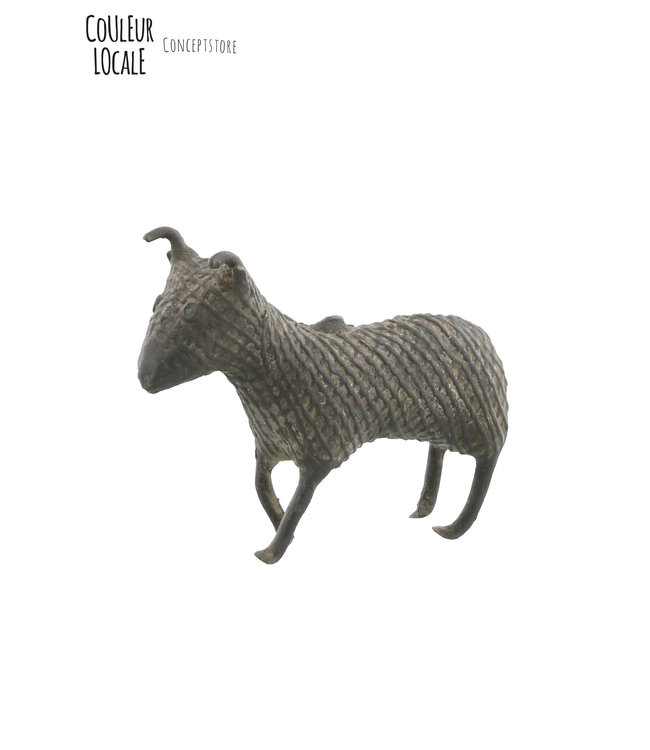 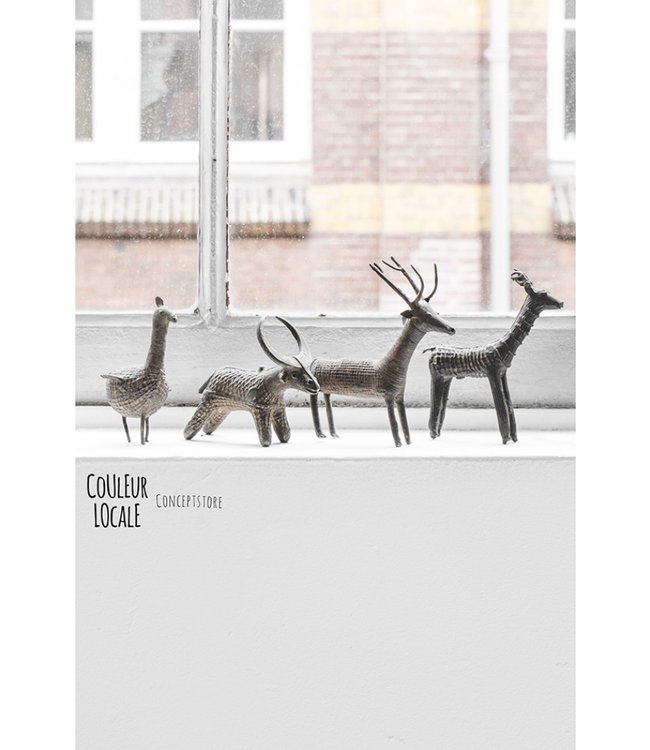 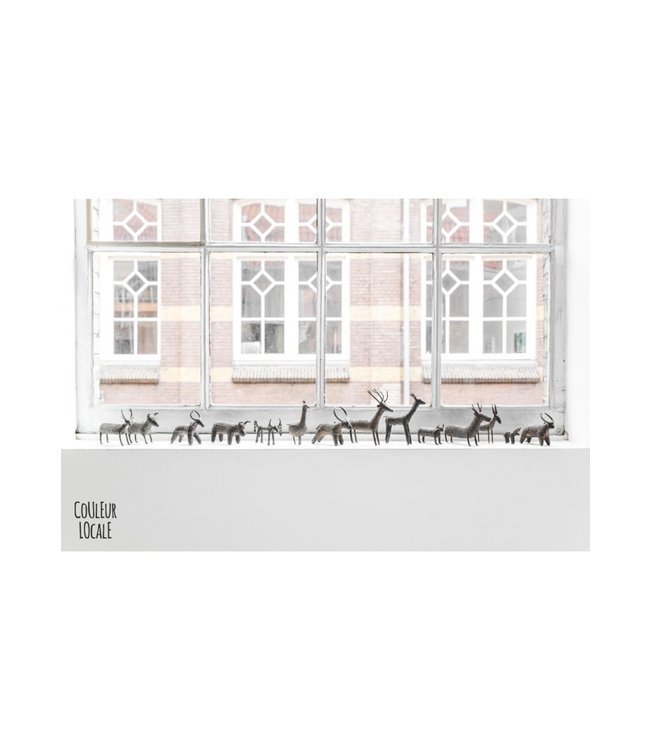 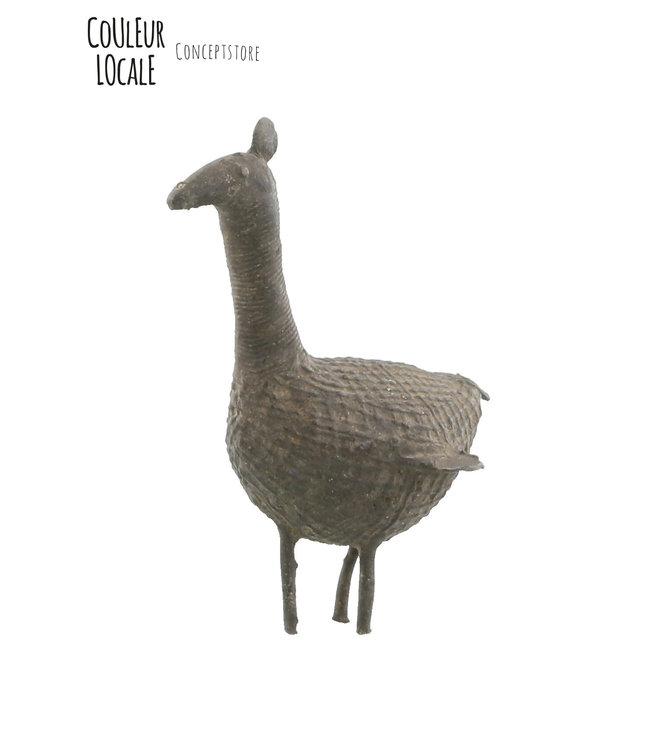 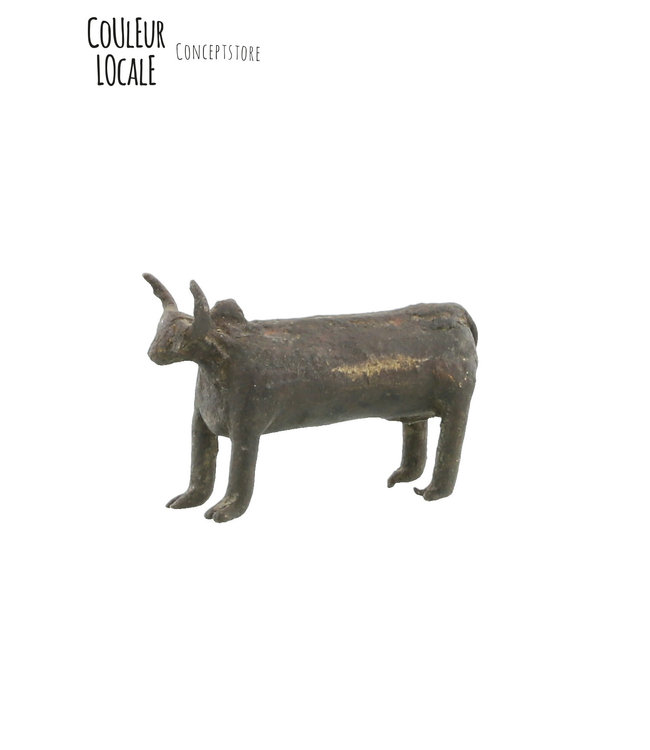 The Khonds are an aboriginal tribe of India. Read the story..

Material:
Brass
Origin:
India
Dimension:
mini figurines : ranging from H5 /11 x L4 / 11cm
Designer:
Khonds tribe
Color:
Brown-gray
2-8 days depending on region - because of the busy activities it can take longer. We do everything we can to ship your package as soon as possible.

The Khonds are an aboriginal tribe of India.The Khonds became notorious during the British occupation of their district for the human sacrifices they practiced. These Meriah sacrifices were intended to further the fertilization of the earth. This practice was prohibited in 1845, today Khonds have resorted to giving goats and buffaloes as offerings. The Khonds hold strong animist religious beliefs , therefore the themes of tribal Dhokra statues include monkeys, birds, snakes and other animals .

This unique figurines are made in brass, with the "lost-wax" technique. The artist makes a central clay armature and utilizes beeswax to create the desired sculptural form. After that a mold of clay is made for melted wax to flow out and molten alloy to flow in. The craftsmen visited the villages to sell the statues, and local people used them in their household altar.

We love them because of the simple forms and the story behind.

"Be passionate about traveling, and get inspired by culture and arts."