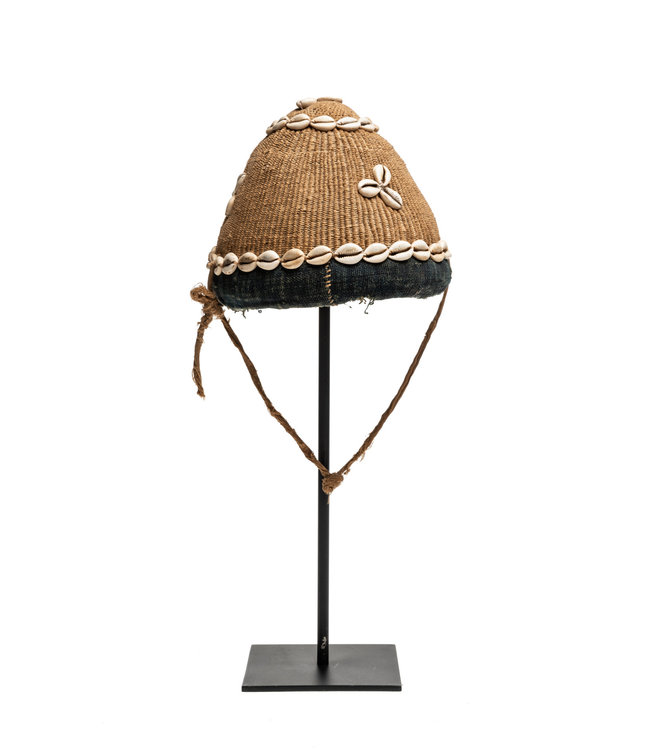 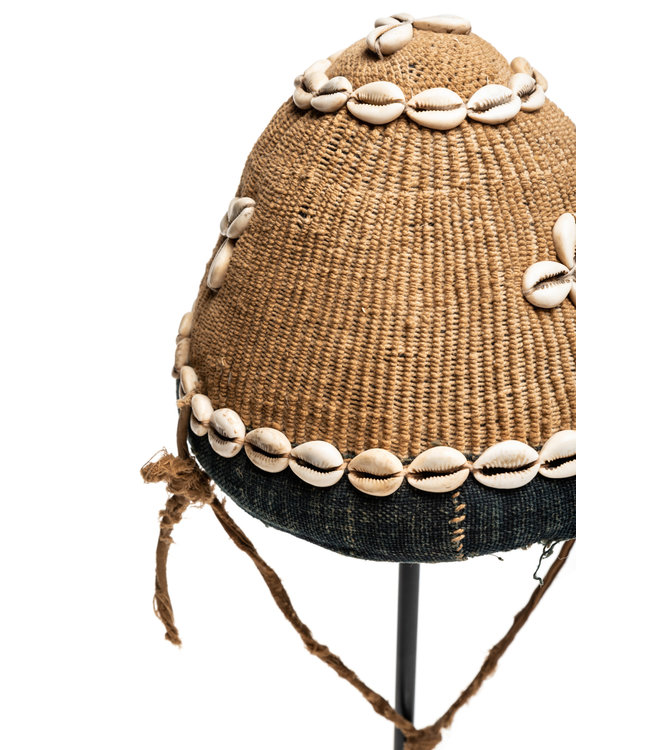 Material:
Wool & cotton & cowrie shells with iron stand
Origin:
Cameroon
Dimension:
Designer:
Bamileke tribe
Color:
Brown & white
2-8 days depending on region - because of the busy activities it can take longer. We do everything we can to ship your package as soon as possible.

Tribal hats have been worn as a status symbol by high ranking individuals. The traditions was such that slaves were not allowed to cover their head whereas freemen had to do so.

This particular hat is decorated with cowrie shells.  The cowrie, or cowry, shell was one of the most successful and universal forms of currency in the world.  For very large sums, however, the cowrie shells were not very convenient… An anonymous Islamic historian described a man who received a large payment in cowries, but ultimately lost money in the deal because hiring porters to carry such a large number of shells back to his village cost him more than the value of the payment.

In West Africa though, the humble shell worked its way into the cultural fiber, taking on a deeper symbolic and ritualistic meaning that has never been entirely lost.