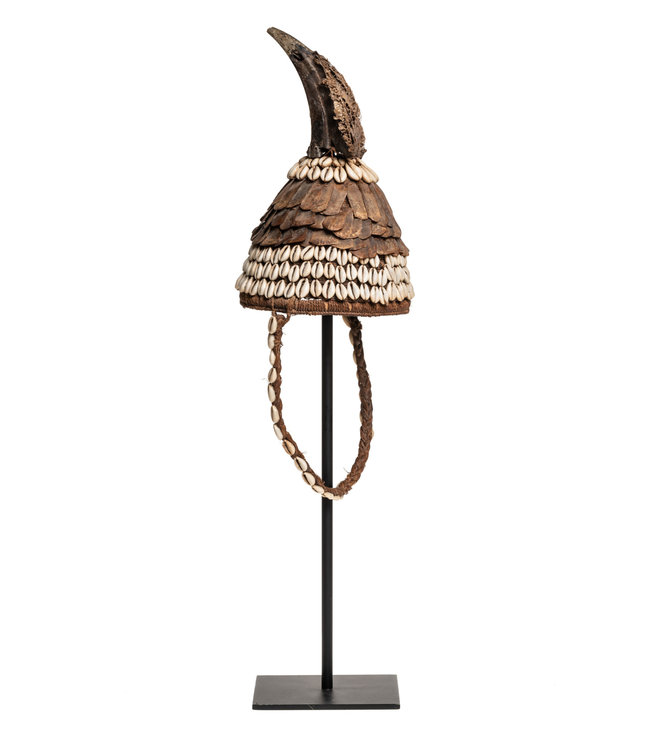 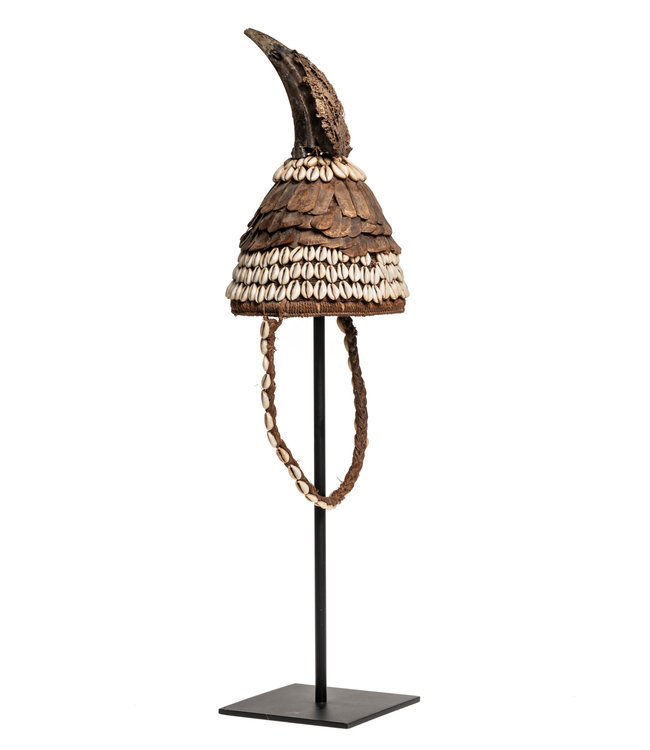 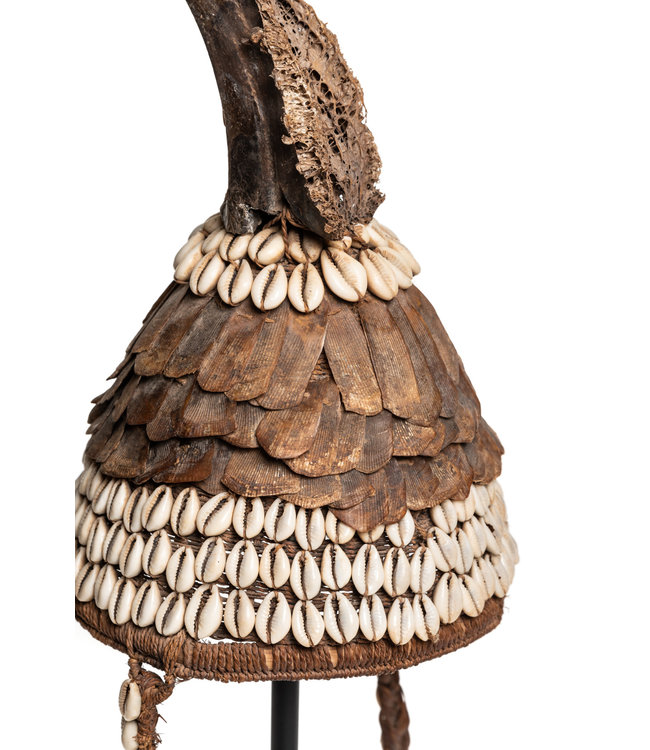 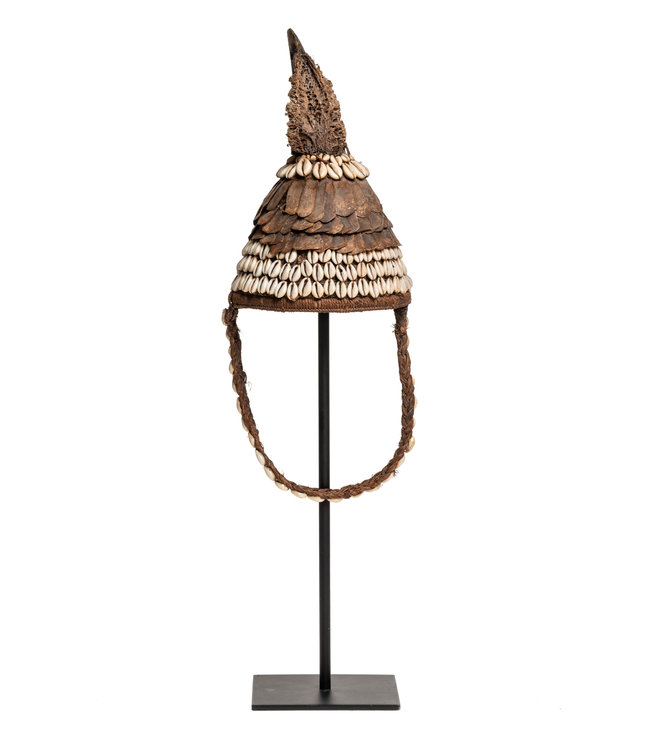 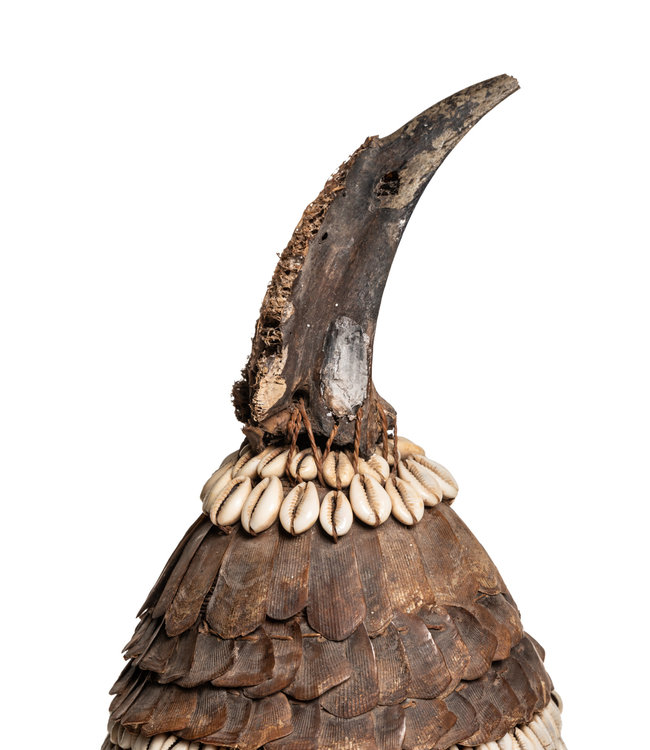 This is a traditional Lega hat, the frame is made of vegetal material with a chin strap of the same material, the surface is decorated with cowrie shells, pangolin skin and surmounted with a hornbill skull. Read the story..

Material:
Cowrie shells, pangolin skin & hornbill skull / metal stand
Origin:
Democratic Republic Congo
Dimension:
H 60 cm
Designer:
Lega tribe, Bwami society
Color:
Bruin & wit
2-8 days depending on region - because of the busy activities it can take longer. We do everything we can to ship your package as soon as possible.

The Lega live in the rain forests of the eastern Congo region.  They comprise numerous subgroups that are collectively linked through Bwami, an adult association that serves as the political, social, economic, religious and moral authority of Lega society. Bwami is divided into a hierarchy of five grades for men and three for women.

Animals are important in Bwami symbolism, and elephant, pangolin, and hornbill all represent different levels of Bwami. The pangolin is a culture hero inside the Lega and is not hunted or killed.

This particular hat was connected to the highest grade within the Lega ‘Bwani’ society,the ‘lutumbo lwa kindi’.

The cowrie, or cowry, shell was one of the most successful and universal forms of currency in the world.  For very large sums, however, the cowrie shells were not very convenient… An anonymous Islamic historian described a man who received a large payment in cowries, but ultimately lost money in the deal because hiring porters to carry such a large number of shells back to his village cost him more than the value of the payment.