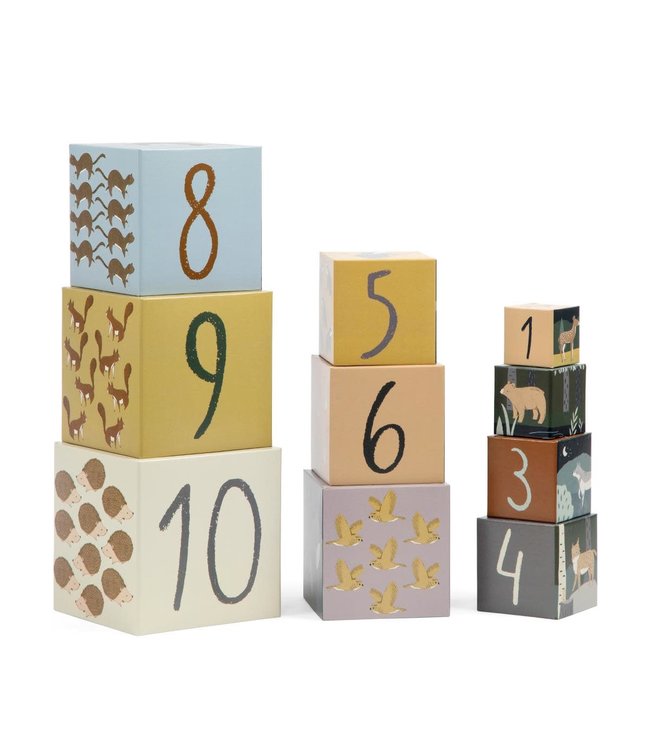 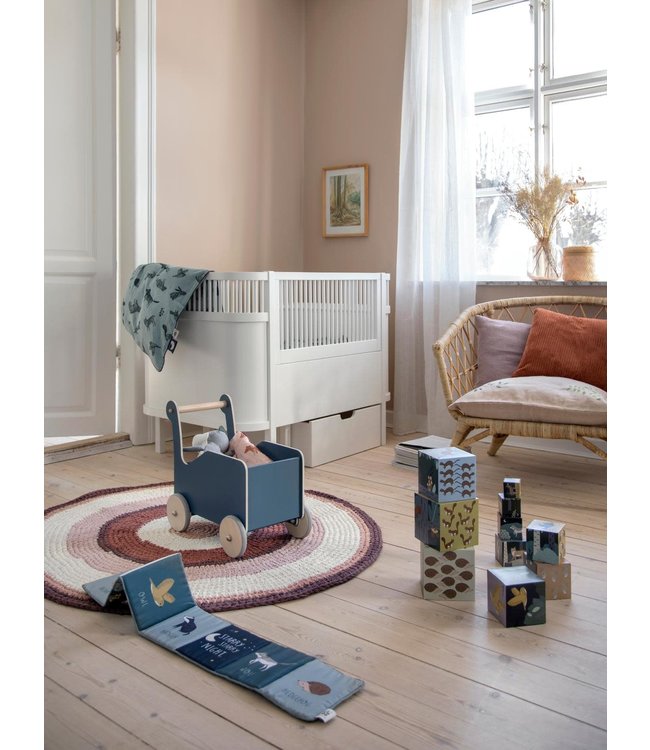 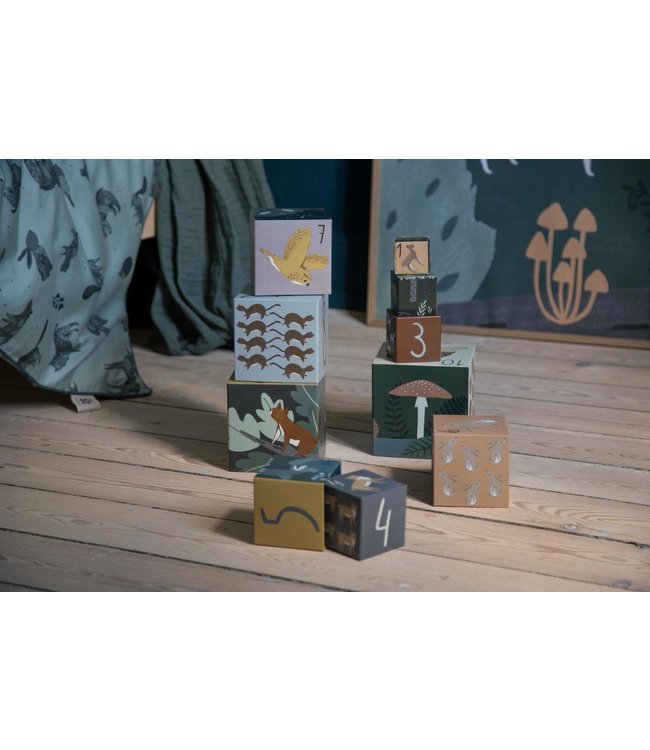 Stacking blocks which can be used to build a tall tower or used as shape sorters. Shown here with a print from Sebra’s Nightfall theme – a story about everything that takes place when the day draws to a close. Read the story..

Material :
Carton
Origin:
Denmark
Dimension:
L13,5 x W13,5 x 13,5H cm
Designer :
Sebra
Color :
Multicolor
2-8 days depending on region - because of the busy activities it can take longer. We do everything we can to ship your package as soon as possible.

The stacking blocks come in a nice box, and each box features wonderful illustrations from the Nightfall theme. The stacking blocks come in different sizes, and for smaller children it’s fun to stack them on top of each other and build a tall tower... only to knock it back over with much joy and enthusiasm. Smaller children will also find it fun to use stacking blocks as shape sorters. For older children, each box features a number from 1 to 10, so the stacking blocks can also serve as a tool for learning numbers and concepts such as “biggest” and “smallest”. Accordingly, the largest block is numbered as ‘10’, while the smallest bears the number ‘1’. In addition to this, there are illustrations of, for example, nine squirrels, on the block with the number nine, three wolves on the block with the number three, etc. In this way, children can get a sense of quantity as well as the visual appearance of the number. The illustrations on the other two pages each tell their little Nightfall story.

Place the blocks inside each other so they take up less space, or use them as decorative items in the nursery when they are not being used for play. 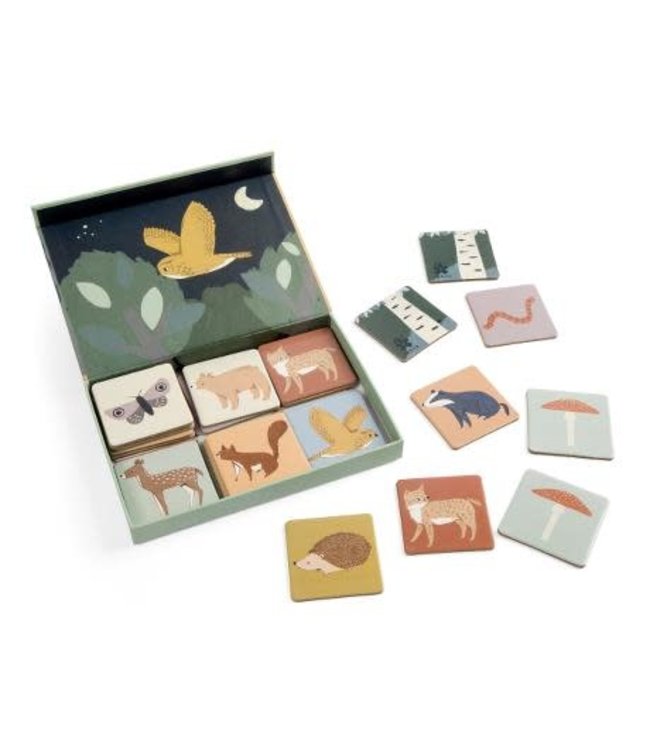 Memory game in a box - nightfall 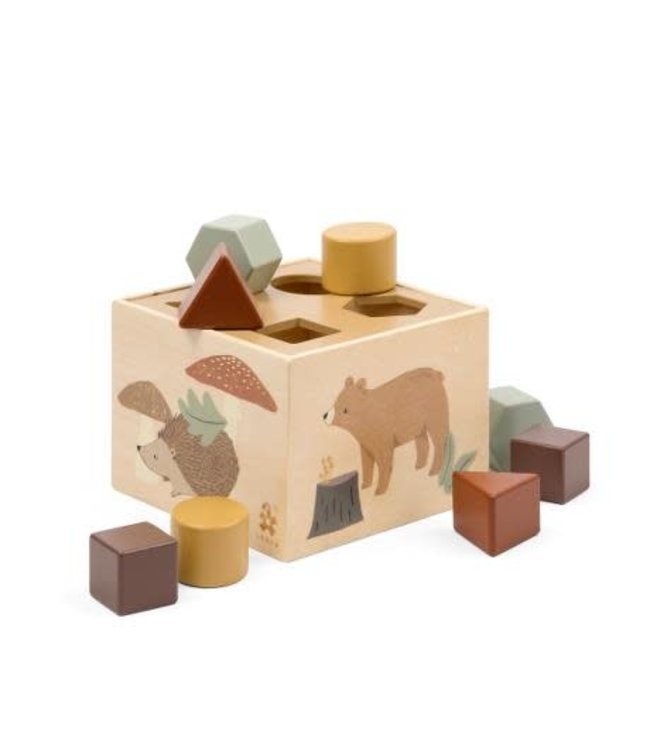 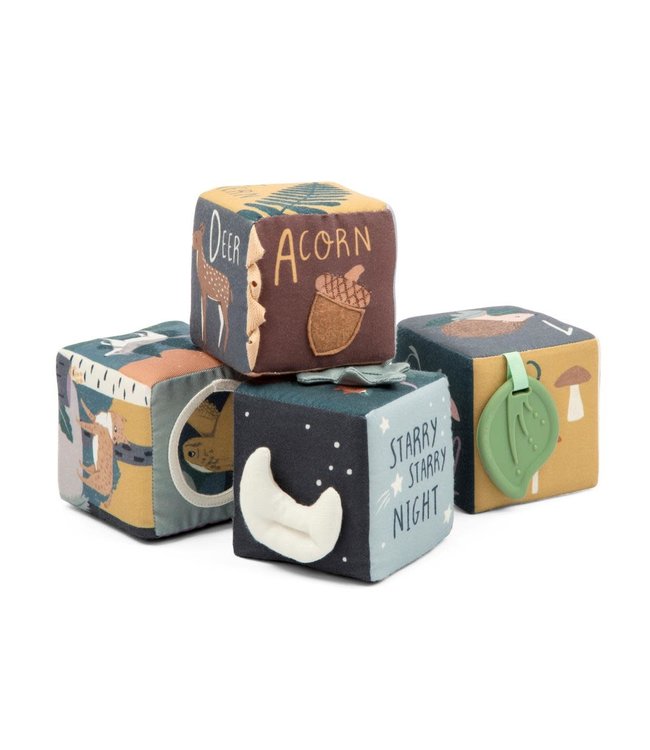