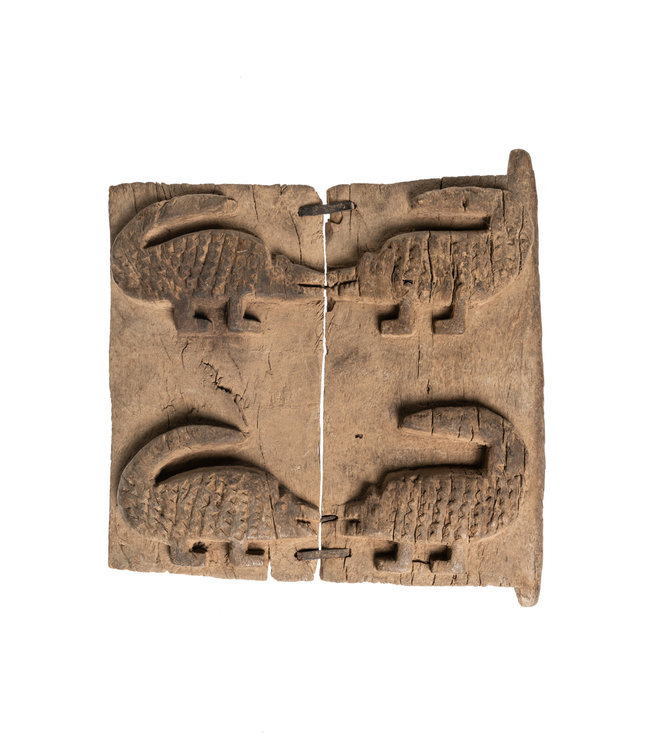 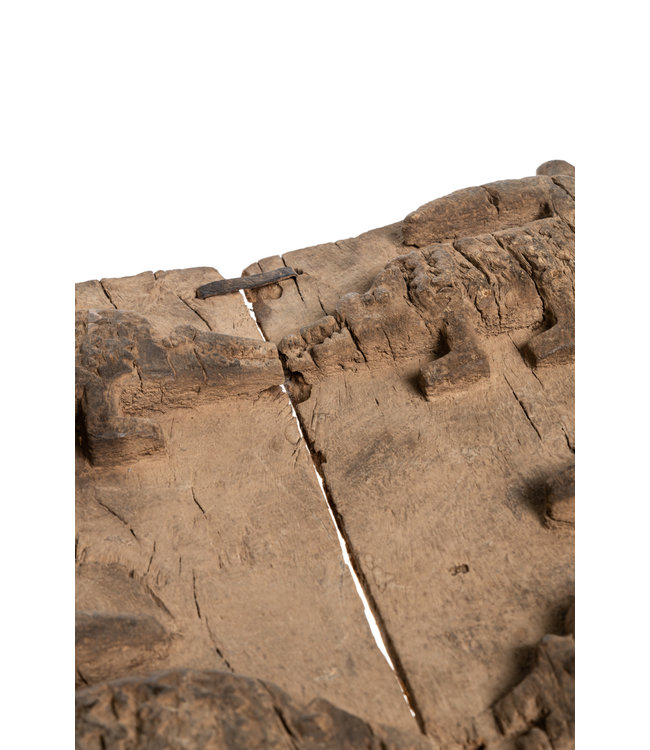 A fantastic and very old Dogon granary door. It is very weathered and worn and a stress crack has been repaired and made stable by iron bindings/nails. With beautiful engraved crocodiles. Read the story..

Material:
Wood
Origin:
Mali
Dimension:
W 48 x H 48 x D 5 cm
Designer:
Dogon tribe
Color:
Brown
2-8 days depending on region - because of the busy activities it can take longer. We do everything we can to ship your package as soon as possible.

The Dogon are skillful farmers who a long time ago adapted to living in the crags, transformed into a form of architecture, and they remained relatively isolated from the rest of the country until the 20th century. Over the course of five centuries, this has enabled them to develop a wholly original culture.

They are animists, with a rigid social and religious organisation, living suspended between earth and sky, expressing themselves through ritual dances and ceremonies.

These small doors / shutters are placed midway up the granary wall. It provided access, throughout the year following harvests, to the goods stored inside (millet, sorghum, rice, corn). The Dogon granaries are narrow, four-sided or round, with a structure made of wood and covered with cob.

Dogon buildings are a unique architecture of sculptural mud-built huts, altars, distinctive tapering granaries for each sex, each with a pointed cap of thatch, and meeting houses