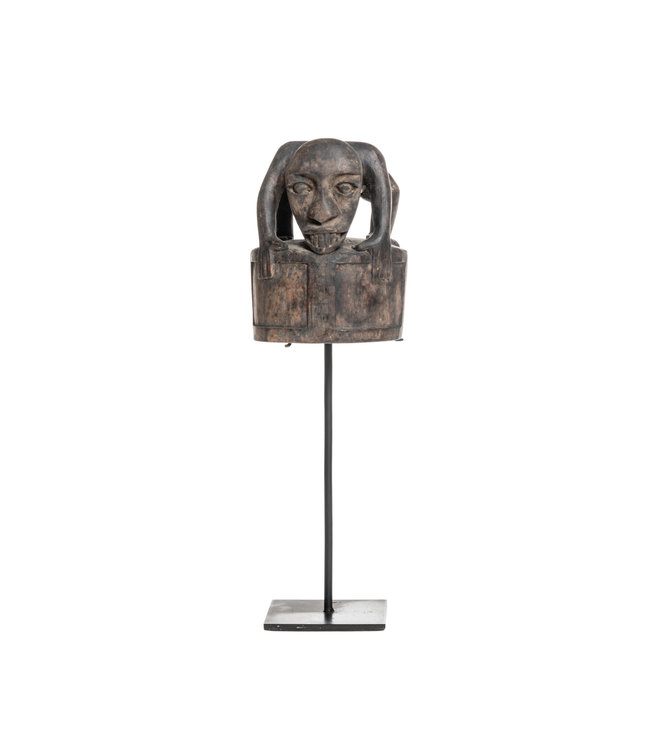 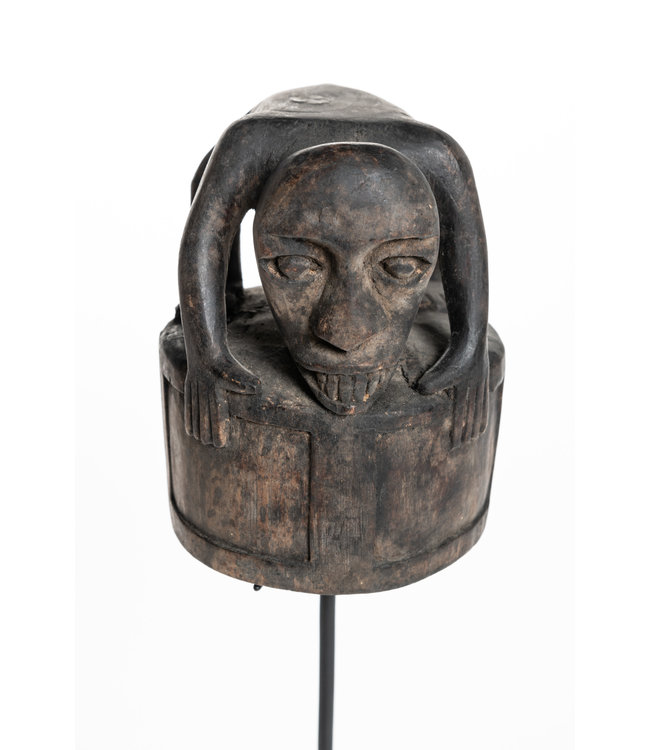 Little is known regarding the details of the ritual practices of the Enggano's people. Read the story..

Material:
Wood
Origin:
Enggano island, Indonesia
Dimension:
H35, W13 cm
Designer:
Enggano people
Color:
Brown
2-8 days depending on region - because of the busy activities it can take longer. We do everything we can to ship your package as soon as possible.

Apparently, there were both male and female chiefs, with the ritual position of women higher than men, due to their elevated role as 'feast givers'. The 'kaleak baba' ceremonies invoked ancestral blessings on harvest and hunting practices. These rituals culminated in the division of food, feasting, singing and dancing.

In this ceremonial context, women word beaded hip belts, intricately fashioned amulets and the iconic 'epaku', fantastical cylindrical wooden hats. The 'peak' was topped with a prominently carved squatting figure, said to represent a slain enemy.
These ceremonial hats are symbolic of the people of Enggano's artistic and creative genius. 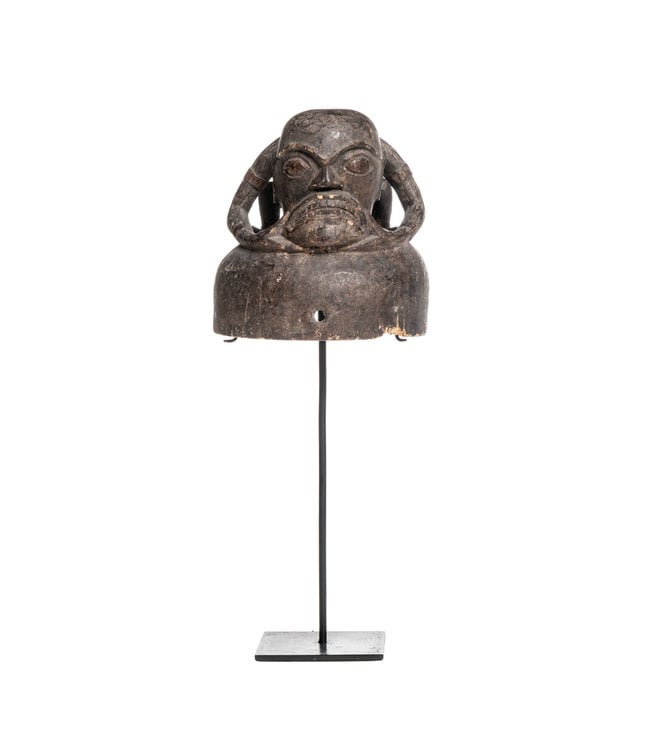 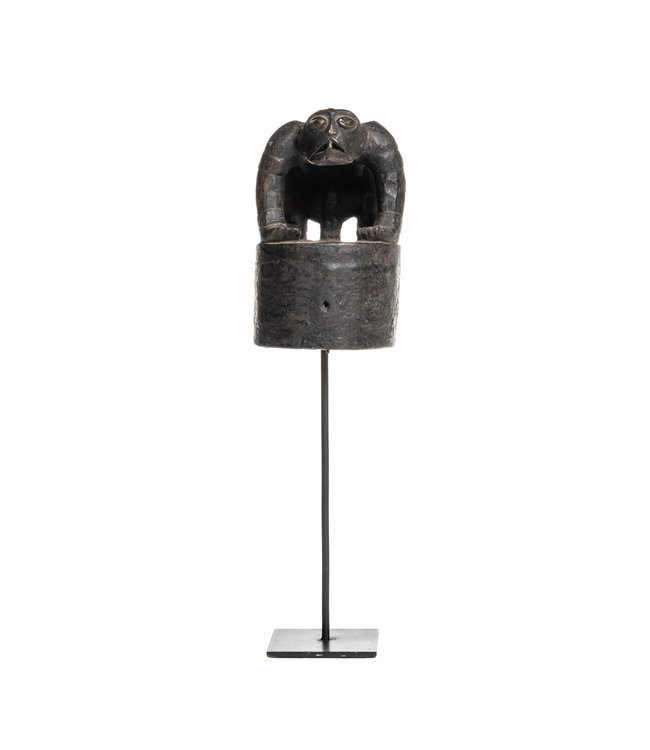 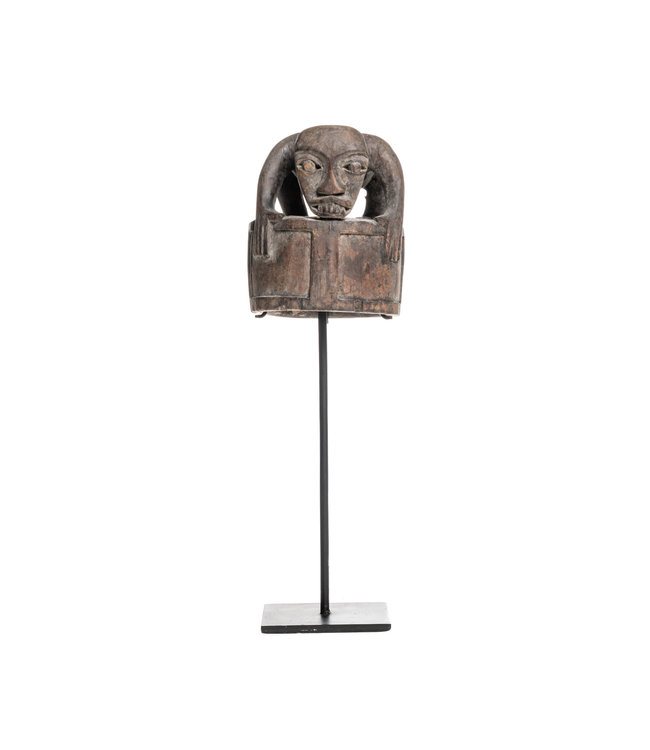 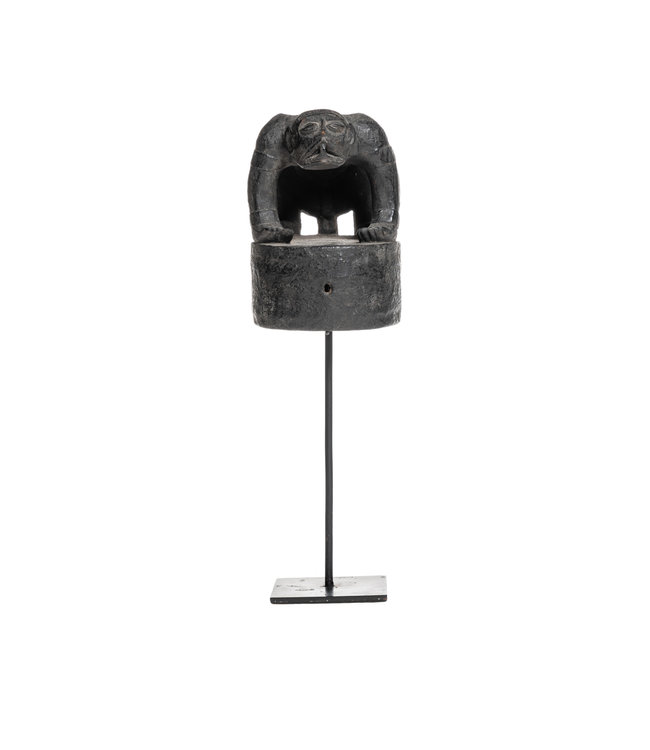